One of the largest Mayan cities ever to exist, hidden in the rainforest of Peten in the north east part of Guatemala.

The city flourished between 300 – 850 and declined around 900 AD and today Tikal is one of the most important Mayan sites.

Tikal consists of 9 plazas and around 3000 structures. Buildings are made of limestone blocks around stone rubble cores and have wooden crossbeams and lintels

The lost world complex is dominated by an impressive pyramid whose three east faced platforms are aligned with the sunrise at the equinoxes.

Temples I, II and IV are the most impressive ones and were built to be the tombs of Mayan kings and queen. They are 50-70m  high with steep steps. 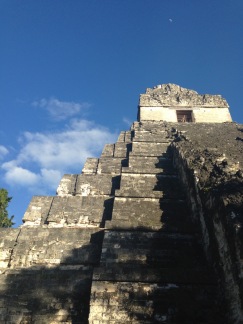 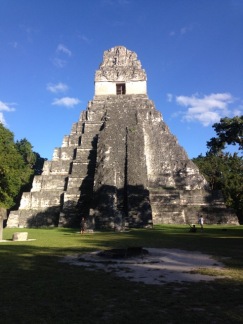 The way Mayan cities are laid out, shows there is deliberate planning  and although the variations in architecture due to the independent city-states, Mayan architecture is characterised by its pyramid temples.

“The only genuine culture is indigenous culture”

Wright’s admiration of the inca culture can be seen in elements of his works.